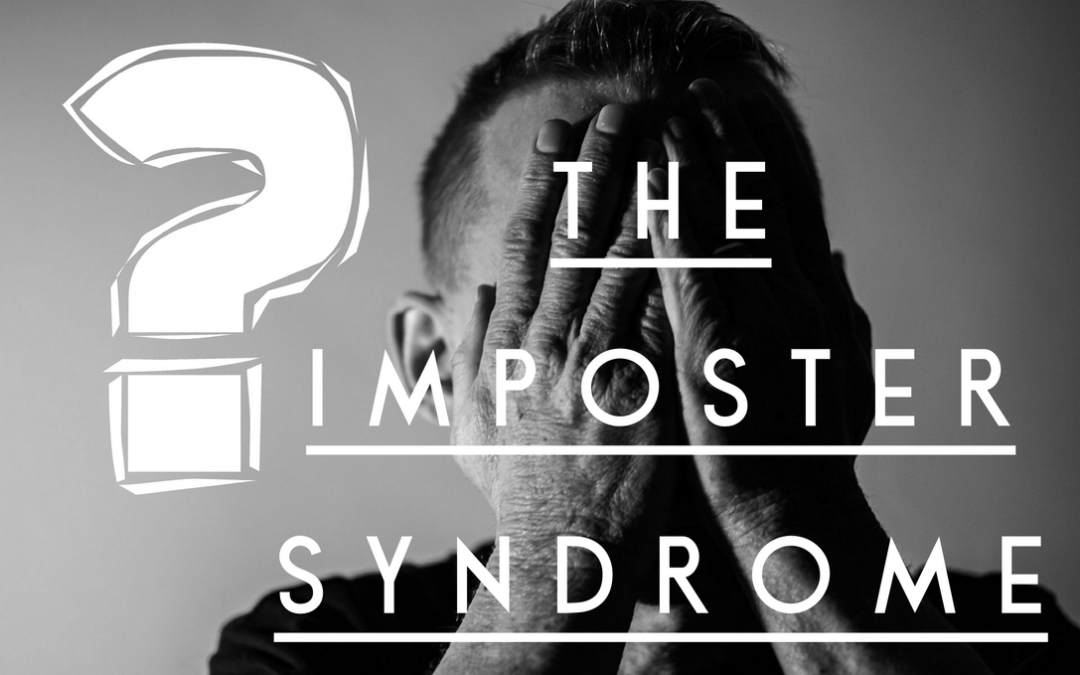 It is sometimes also referred to as the “fraud complex”. Those who suffer from it experience feelings that they are non-deserving of their success or are a fraud in their workplace.

So, when does questioning our choices and decisions become more than a healthy dose of self-doubt? It is good to analyse; self-reflect and evaluate how you are doing in your work; we know this. However, if you find yourself frequently (or for some constantly) fighting a feeling that you are not good enough, or that you are ‘winging it’, or that you’re a fake and will soon be found out, then it’s likely you’re experiencing the Imposter Syndrome (I.S.)

The presence of the ‘Imposter’ weakens a person’s sense of self-worth and causes them to question their place in the professional arena.

How does it show up?

There are a number of different ‘symptoms’ (behavioural patterns) which indicate a leader may suffer from the Imposter Syndrome. If you often experience a number of the key symptoms below, get curious as it could it be I.S.:

Why does it show up?

This syndrome is created by a powerful repetitive piece of psychological programming.

It is a complex pattern. Contrary to reality, those who experience it are in fact deserving of their success and have achieved a lot in their lives, but do not or will not allow themselves to believe this. In simplest terms the brain, and thus it’s corresponding psychological programming, chase safety and avoid threat. The thinking and feeling of I.S. is a survival strategy (likely to have been learned many years prior to their leadership role today) which keeps them safe.

Put another way, I.S. enables leaders to avoid living out their full potential (which carries risks). Leaders will (at an unconscious level) use this complex pattern to actively avoid their fear of what they see as the impending failure or rejection.

Increasingly organisations are driven by fear – the measurement world, targets, performance management and process over people to name a few fear driven practices. They’re leaner, bolder, more ambitious and often more ruthless. So is it any surprise that our fear is on the increase and as such, so is I.S.?

Shockingly, statistics show that it currently affects up to 70%¹ of people at some point in their organisational tenure. It is most common in high achievers (so every cloud…) but it does not discriminate to just this profile of people.

Many celebrities and prominent figures in the business world have admitted to experiencing feelings of being ‘an imposter’, most famously Michelle Obama. After many successes in her career as a lawyer and although she is a symbol of change and equality throughout the world, she has admitted that she in fact feels as if she cannot match up to her own ideals and that she is not deserving of such accolades.

Many other famous and influential people in the world have come forward and told their stories. Tom Hanks and Emma Watson have achieved global fame as Actors, however they both admit to having moments of feeling as if they have duped people and they will be found out any minute. The civil rights activist, Mary Angelou famously said ‘‘I have written 11 books and each time I think uh oh they are going to find out now, I have run a game on everybody and they’re going to find me out’’

Arianna Huffington is a champion of speaking out on the Imposter Syndrome and admits to having this throughout her life. Like many of the clients I work with (and my own personal success with I.S.) she has found ways to overcome it and I will explore these further throughout this series.

Although it is experienced on an individual level, it will impact and interfere in the overall advancement and development of those who experience it, as such may well influence their productivity and overall job effectiveness.

It has a direct bearing on our authenticity and capability in creating strong working relationships, it can cause problems within the team dynamic and for the entire organisation. In leadership, it stops individuals from fulfilling their potential, encourages being risk averse whilst possibly leaving them reluctant to engage fully and closely with those around them.

What’s next in this series?

The impacts of seeing life through an ‘imposter’ lens and why we should care, are explored fully within our next guide in this series.

Before this, have a think……Are you, or anyone you work with or lead, likely to improve their happiness, fulfilment and performance at work by focusing in on I.S.? Enjoy some reflection and if you have these tendencies then try staying conscious to the pattern(s) which is operating. There’s more about how to deal with it all coming later in the series too!

Can you remember a time or situation where you felt as if everyone was part of a private club and you hadn’t been invited?

Has the Imposter Syndrome so far stopped you from achieving your best?

Did you know there were different versions of the Imposter Syndrome depending on your character? How does yours show up?

Check out the next part of the series where I will be exploring why you should care about the effects of this.